Finally I'm posting the second installment of the river trip to southern Oregon that my sister Laura and I took in September. Sorry it's taken so long.

After we finished our delightful stop at Echo Bend, chatting with the current owner of house we lived in during the late 1960s, (Part One), we drove east along North Bank Road towards Glide, crossed the bridge, then traveled west along the south side of North Umpqua River to another bend--Whistler's Bend. 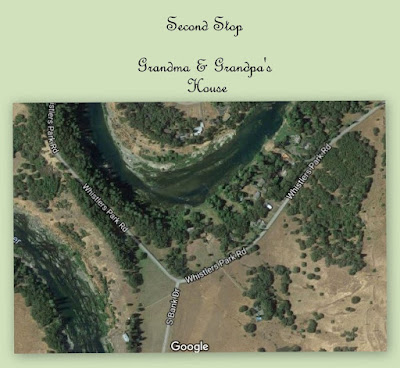 But before entering the Whistlers Bend Campgrounds where we'd be spending the night, we parked the car, gathered our nerve and hiked down the hill to see the home that our grandparents lived in during the 1960s. We both have such fond memories of time spent there with two loving people who enjoyed nature, good food and family. Their home sat perched in front of the river on the last lot before entering the campgrounds.

Below is a photo of the same house taken in the winter of 1961. Isn't it fascinating that some of the same trees are still there? 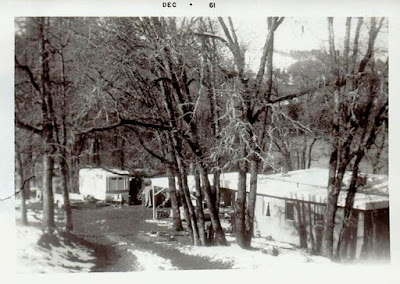 It didn't take us long to discover that the place was vacant. That was both good news and bad. Good in the sense that we could look around and take photos and reminisce unencumbered. Bad because the place was in serious disrepair, the polar opposite of what it had been years earlier.

We each took tons of photos while we chatted about things we remembered.


Because no one was around and no "No Trespassing" sign could be seen, we walked around to the backside of the house where it faced the river. The house looked terrible!

Since our trip in September, Laura has been doing some sleuthing and uncovered a bunch of family photos, one of the reasons for the delay in posting this portion of our trip.

As a gardener, I wish I had more photos of our Grandma's beautiful gardens. The nighttime photo above gives you some idea of how they evolved during their years there.

But the river views were much the same all these years later, dazzling!

However, this serene river isn't always so. Laura and I both remember tales of the horrific flood of 1964.

Gazing through the dusty windows, the interior of the house didn't look too bad.

Our grandparents always had their fishing poles in the water. Back in those days, it didn't require much patience to land a big one. This might be the main reason they chose to live so close to the river.

Once Laura and I were finished exploring and taking photos, we hiked back up the driveway. With mixed emotions and a tangible awareness that nothing in life ever stays the same, we walked out to the road where we'd parked the car. 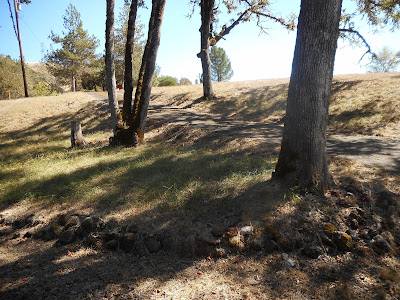 Then we took the short drive to the campgrounds. 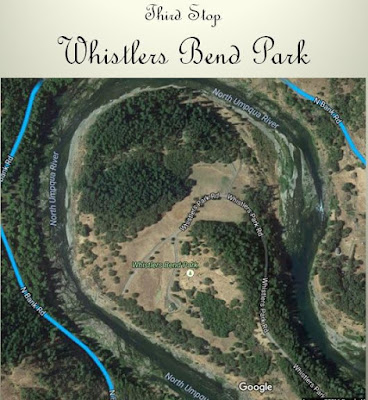 Which I promise to post photos of in one week.